A team of Sierra Leone health workers walk as they look for people suffering from Ebola virus symptoms or people they can educate about the virus as their country enters a three day country wide lockdown on movement of people due to the Ebola virus in the city of Freetown, Sierra Leone, Friday, March. 27, 2015. Sierra Leone’s 6 million people were told to stay home for three days, except for religious services, beginning Friday as the West African nation attempted a final push to rid itself of Ebola. (AP Photo/Michael Duff) 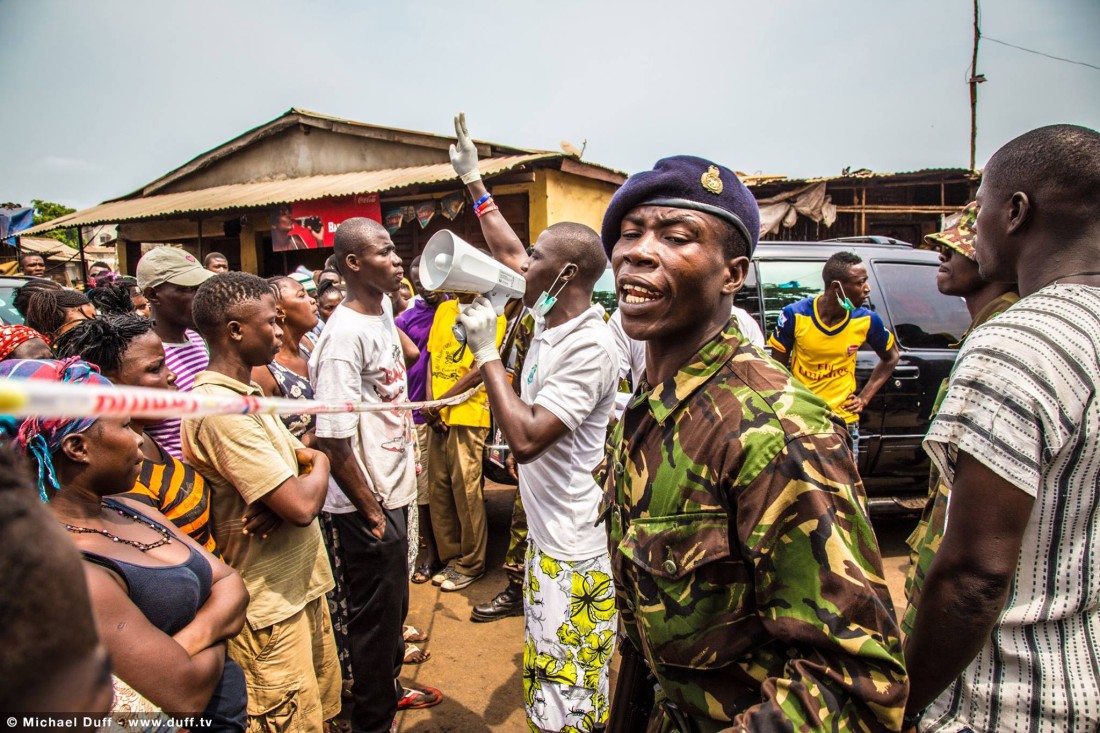